Hares Boys – Latest
The fines were paid and the 15 years sentences for each boy confirmed.
Thank you for supporting and contributing to the Hares Boys Campaign.
When there is further news, we will update you.
————————————————-

HJFP has supported the fight for justice for the Hares Boys – 5 boys who were arrested and charged, over two years ago, for a “crime” that never actually happened.

We were shocked and angered to learn that not only have the boys been found guilty, but Israel has imposed fines on all boys.  In essence there is a threat that if these are not paid, there will be an increased sentence.

Whilst we are loath to line the pockets of Israeli State, not to do so will condemn the boys to further imprisonment, torture and physical and emotional anguish. So we have, individually and as a group, contributed. 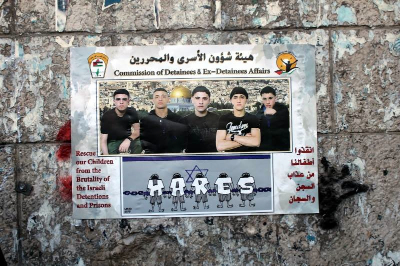 Donations via ISM  http://palsolidarity.org/donate/
scroll down to bottom and click on “support the Hares boys“